Home \ About \ About Jonathan 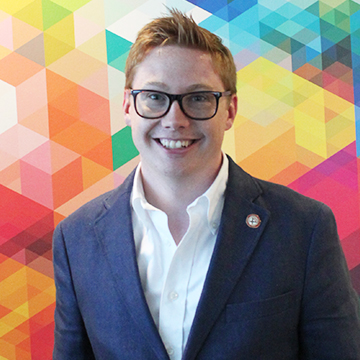 Jonathan Brownfield is a Harvard-educated Digital Strategist. He was named a "Top 40 Under 40"in two magazines due to his work in digital marketing. He has guest lectured at three universities and has been featured as keynote speaker, presenting at both national and international conferences.

In 2013, Jonathan founded LiFT Digital Media with the idea of creating a full-service data-driven online advertising agency. He spearheaded the company’s development of a proprietary process for leveraging BIG DATA in order to develop optimized customer journeys. The end products are strategies to decrease our client’s cost per action (cost per lead, cost per customer, cost per voter, etc).

Jonathan is an active member of the local community. He currently serves on the Board of Directors for the Digital Media Assembly, the Southern Automotive Media Association, and The Villages at Shawnee Bend. He is a member of the Saint Thomas University Athletics Advisory Board, the Florida Highway Patrol Advisory Council, and the Broward Sheriff’s Advisory Council.

His favorite pastimes include motorsports and writing about cars. Jonathan serves as Editor of BehindTheWheel.com, and automotive blog which has had content syndicated on a weekly basis to the Sun Sentinel, Orlando Sentinel, St Louis Post Dispatch, WENG Radio, and KRMS Radio. Because of his writings and online influence, manufacturers loan him a new test vehicle every week. Since 2014, he has tested over 250 vehicles, driven in 22 states, and experienced 8 race tracks.

Jonathan was an award-winning sports photographer prior to his career in digital marketing. At the age of 17, He had the opportunity to shoot for Sports Illustrated Magazine and was quickly recognized as the youngest photographer ever to be published in the magazine. His photographs have since received national distribution through numerous top tier publications, including ESPN Magazine and USA Today.

Get Started with LiFT!

If you are ready to make your marketing budget work for you to gain More Leads, Most Customers, More Sales, and an Increased ROI, we are looking forward to hearing from you! Click on the button below to get started!

> About LiFT> Get Started